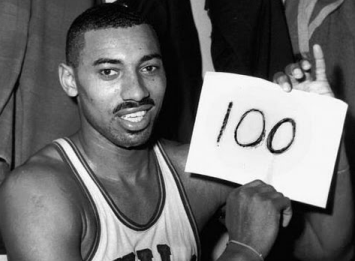 In another month, #MakeoverMonday will be two years old, but for the time being, a big congratulations are in order for Andy Kriebel and Eva Murray, as well as #MakeoverMonday alum, Andy Cotgreave, as #MakeoverMonday celebrates its 100th week!! As a member of the community, who benefits from all of the time and hard work the #MakeoverMonday crew continues to put in to make this project what it is today, I would like to extend a very warm thank you!!

I only became aware of #MakeoverMonday earlier this year, but in the last thirty-two weeks, have learned a lot about Tableau and Data Visualization, by following the superb work of others, as well as participating myself. This recent tweet by Louise Shorten prompted me to explore my own #MakeoverMonday participation. And while I got off to a sluggish start, batting just 6 for 21 or 0.285 (for the baseball fans out there…if any are left) in my first twenty-one weeks, my participation has improved. My participation since Week 39 is much better, at 7 for 10. Kudos to Charlie Hutcheson and Neil Richards for participating in all 100 weeks, thus far!! That is unbelievably impressive!! If anyone else achieved this as well, I apologize for having left you out.

Here are a few goals incorporated as part of my #MakeoverMonday submissions, which can all be found here;

If you’ve ever visited my Tableau Public profile page, it probably didn’t take you long to realize that sports are a very big interest of mine. While my profile currently sits at forty-two vizzes, twenty-five of those are sports related vizzes in which I had a particular interest or question, tracked down the data behind it and built a viz to display the findings. As I’ve previously mentioned, my Tableau Public journey began with some great advice from Ryan Sleeper. In addition to sharing his Top Five Tips, Ryan also shared with me that what keeps his fire alive is to practice using Tableau, in his spare time, with data that he cares about. Doing this provides him with hours upon hours of practice that in turn makes his day job much easier. If you know me personally, you know I am born and raised in Minnesota. You may also know that being born and raised in Minnesota means you’ve inherited a collection of some of the most frustrating sports teams on the planet, both professionally and on a collegiate level. This is where my love for Notre Dame Fighting Irish football begins. A love with plenty of history…bits and pieces of which have continued to live on in my head for years. With my latest Tableau Public project and this blog post, I wanted to share my story of becoming a Notre Dame football fan, bring together some of the data that fuels my memories as a fan and share a viz about the history of Notre Dame football, in the Associated Press Era (1936-current).

It’s pretty fitting for me that the Fighting Irish football player in the picture above is wearing a No. 5 jersey. That’s how old I was when I first discovered the sport of football. And for me, growing up in rural Minnesota in the mid-1980’s, I had just a few options of what teams to watch each weekend. Of course on Sunday’s I could watch the Minnesota Vikings and by default, they became my favorite NFL team. But what about college football on Saturday’s, who would I follow? Well, thankfully, for me that decision was as easy as choosing between cake and pie…let the record show that I would choose cake over pie 100 times, given 100 opportunities. That’s right pie people, you heard me!! Now for me, the exciting, flavorful, flashy looking cake was Notre Dame Fighting Irish football and the dry, crusty, boring old pie was Minnesota Gophers football. In my first seven years as a Notre Dame fan, the Fighting Irish (cake) posted a 70-13-1 record, they won a National Championship and finished second in the nation two other years, while also finishing fourth once and sixth once. They played in seven major bowl games winning five of them, boasted a Heisman Trophy winner and had a Heisman Trophy runner-up, as well as several other Heisman finalists. As for Minnesota (pie)…they posted a 28-47-2 record, didn’t reach one bowl game and didn’t sniff a Heisman Trophy.

Too Much Success, Too Early?

So, while the decision to choose the Irish over the Gophers was a no-brainer for the child that I was, little did my child-sized brain know that this wave of success would surprisingly NOT last forever. I mean things as a Notre Dame football fan/Minnesota sports fan were great in the late 80s/early 90s. In 1987, the Minnesota Twins won the World Series, follow that up with Notre Dame’s 1988 National Championship and a near repeat in 1989, the Vikings were playing well and making playoff runs, in 1989 the NBA came back to Minnesota after a 30-year hiatus and heck, the Minnesota Gophers men’s basketball team even reached an Elite Eight and Final Four in back-to-back years. Then to cap it all off, in 1991 the Twins won another World Series. It was quite an incredible five-year run. My only mistake was assuming this wouldn’t change. Of course, I didn’t know any better, so optimistic little Jeff just expected the success to keep on coming…boy was I wrong. That optimistic, bright-eyed child has learned to expect disappointment and to be let down by his favorite teams. Aren’t sports great?!!

Despite the Struggles, the Love Remains

The Minnesota teams are a discussion for another day, but coming off of their late 80s/early 90s success, the mid to late 90s and into the 2000s were pretty bleak times for Notre Dame and their fans. The team would go fifteen years before winning another Bowl game and to this day haven’t won a major Bowl game since 1993. Following their five Top 6 finishes in six years, from 1994 to 2011, the Irish would finish in the Top 10 just once…just ONE TIME!! Coaches came and went, losing seasons became common ground and some historic streaks were even snapped, like in 2007 when Notre Dame lost to Navy for the first time in forty-four contests. The good, the bad, the ugly, this is all part of what I’ve gone through in my time as a Notre Dame Fighting Irish football fan. I love sports, I love many different kinds of sports, I cheer for a lot of different teams and players, but I do not love any sports team quite like I love Notre Dame football. I even remember my little girl’s first ever Notre Dame touchdown. She was exactly one-week old, she had been home from the hospital for five days and was laying on my chest snuggled up in the Notre Dame onesie, beanie and blanket we had gotten for her on a road trip earlier that year, which had required a detour to the Notre Dame campus. Malik Zaire to Will Fuller, a 12-yard TD strike against LSU, in the Music City Bowl. That was her first ever Fighting Irish TD. I remember getting chills down my spine when the Notre Dame marching band struck up the Notre Dame Victory March after that score…it may seem silly, but some things you just never forget. I would never push anything on my little girl or baby No. 2 (due Jan 21st 2018), but I do hope that some day the opportunity arises for me to share my love of Notre Dame football with them. However, for the time being, I’d like to share this love with you the reader in the form of a five-page story that captures the history of Notre Dame football during the AP Era.

I’m not going to spend much time on the design and technique, as the viz is very basic. The key takeaway here is to use Tableau Public to practice with things you love and that you are passionate about. For me, it just happens to be sports and in this case, Notre Dame football. By this point, if you haven’t felt my passion for Notre Dame football, I’m either a lousy writer or you’re reading to yourself in a very monotone, Ben Stein voice. Your passion could be any number of things other than sports. But, I bet you that whatever it is, you can likely find data and you can sure have a lot of fun building a viz to help tell the story behind it.

Back to the viz. My main goal was to keep it very simple so that anyone who understands football, even just a little bit, could understand and follow the story. The story has five parts. They are;

In the 81 seasons since the AP Era started, Notre Dame has won 8 National Championships. The point of this page is to provide an overview of Notre Dame’s success or lack thereof each season, while providing a little commentary regarding key points along the way. The green bars in the “Wins” column indicate seasons in which the Irish won the National Championship. A tool tip on the Wins bar also provides Notre Dame’s point for and points against for the season.

I believe the first time I saw this done was by Matt Chambers, but I love the idea of viewing game by game results in a column chart with point differential representing the bar length. Here, I used navy blue to represent wins, gold to represent losses or ties and green to represent wins during a National Championship season. The view is broken down in rows by decade and a tool tip provides the date of the game, the score and each team’s ranking heading into the contest.

Earlier, I mentioned that Notre Dame had beaten Navy forty-four straight times, from 1964-2006. Taking the same approach as the previous page, I wanted to view their success versus each opponent. This is sorted by number of games played. It’s interesting to see who they’ve played and when they’ve played them. For instance, despite being located just a few hours away from one another, Notre Dame has only played Northwestern once in the last twenty-three seasons. And Notre Dame hasn’t faced Minnesota since 1938.

It’s absurd how many random sports stats are floating around in my head. This page displays Notre Dame career leaders in 11 offensive categories. I hope to add defensive categories, but at this point, do not have data to support that side of the ball. A few simple parameters allow the user to select the stat they’d like to view and then pull in the Top 10 to Top 50 in steps of 5.

Lastly, I didn’t want to leave out the coaches. Three legends jump off the page; Lou Holtz, Ara Parseghian and Frank Leahy. Notably absent is Knute Rockne, who coached Notre Dame prior to the Associated Press Era, from 1918-1930. Rockne compiled a 105-12-5 record while winning three National Championships.

So there you have it. Clearly, I’m very passionate about Notre Dame football and it is a wonderful feeling to be able to share that passion in the form of this blog post and the viz that goes along with it. My hope is that this post can inspire others to Viz What You Love and share that love with others. Thank you so much for reading and have a great day!