As I sit down to write this, we’re closing in on one week since boarding the red eye flight in Vegas to head back home to Minneapolis and in that week I’ve read a handful of wonderful and thorough recaps of #data19. I’d like to share one as well. However, I won’t be breaking down sessions, new Tableau features or any of the stuff you can find elsewhere…Instead, it’ll simply consist of my personal conference highlights. With #data19 being just my second Tableau Conference, it was once again an amazing week that lived up to the hype and then some!! Alright, here are my top highlights of #data19.

For the second consecutive year, I was fortunate enough to have a viz on display in the Tableau Public Viz Gallery. What an honor to be included among so many amazingly talented individuals from the Tableau community! This year, my viz, called “The Stars of First Avenue,” was being displayed, as it had won (on behalf of the Twin Cities Tableau User Group) the Tableau User Group Summer Viz Contest. The viz shares a little bit about the historic First Avenue music club in Minneapolis and can be found here. A wonderful surprise that came along with this was when Tableau reached out to see if I’d be interested in doing a “Lightning Talk” about the viz. These were new to the conference this year and held in the Data Village. A 15 minute TED style talk, it felt like a great opportunity to get my feet wet presenting at Tableau Conference. If you missed it, the video is available here and in it I share an emotional story about how the viz came to be. I’m extremely thankful to Tableau for the opportunity to share my story and would highly recommend anyone who’s asked to do a “Lightning Talk” next year, jump at it.

Perhaps the underdog of the conference, Braindates unexpectedly became one of my favorite parts of the entire week. New to Tableau Conference in New Orleans last year, I didn’t participate in any of these, so this year marked my first time attending these scheduled meetups and they were well worth it. Tableau Conference allows for many conversations throughout the week as you run into people in the hallways, before/after sessions, during meals, etc. But with Braindates, the topic has been decided ahead of time and with a dedicated 30-45 minutes, these meetups become extremely valuable, for not only the conversation alone, but also for connecting with others who may be working in the same industry or facing the same challenges as you. I attended a total of four Braindates this year, hosting two of them, titled “Leveraging Tableau Public to land your dream job.” The two meetups I attended, one hosted by Katie Wagner and the other by Brittany Fong were tremendous, while the two I hosted were fantastic, as well. It felt great to share my Tableau journey and how I’ve leveraged the community and Tableau Public to land a job I absolutely love, while hearing from others who had a wide variety of experience and knowledge of both the community and Tableau Public. I’ll definitely be setting up more of these next year in an attempt to continue spreading the word about the Tableau Community, Tableau Public and community projects such as #MakeoverMonday and #WorkoutWednesday.

No. 2 – The Tableau Community

How unbelievable is the Tableau Community? I mean, where else do you have the opportunity to make tons of new friends from all over the world, who share the same passion as you? It’s so true what they say about Tableau Conference being a family reunion of sorts. However, it’s not only catching up with old friends, but also making new friends along the way. The people in this community are so intelligent, selfless, energetic, kind and fun that it’s flat out contagious and you can’t help but want to be around them as much as possible. Often throughout the conference, I’d find myself thinking “Wow, I’ve met so many amazing people this week!” Then I’d go on Twitter for a few minutes and find 20-30 more people I had wanted to meet, but hadn’t run into yet. The Tableau Community is truly something special and we should all be thankful for being a part of it. 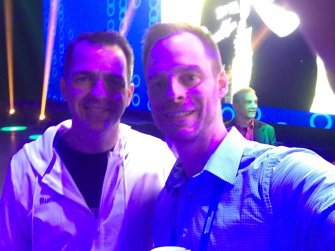 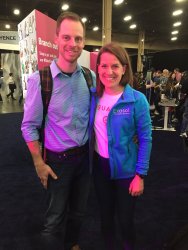 One of my biggest regrets from last year’s conference was not sticking around after #MakeoverMonday Live to meet Andy Kriebel and Eva Murray. I assumed there would be another chance, but that opportunity never presented itself over the duration of the conference. I was determined to not let that happen again this year, so before the Thursday morning Keynote, I saw an opportunity to go shake Andy’s hand, give him a hug and tell him thank you for all he has done. I was also lucky enough to find Eva after the Keynote, give her a big hug and tell her thank you, as well. It may not seem like much, but being able to say these words; “thank you” to Andy and Eva, in person, meant SO MUCH to me as they and #MakeoverMonday have played such a important role in me getting to where I am today. So Andy and Eva, again, thank you so much for your tireless efforts and dedication to helping others improve in this space. It is greatly appreciated!!

Thanks so much for reading and have a wonderful day! 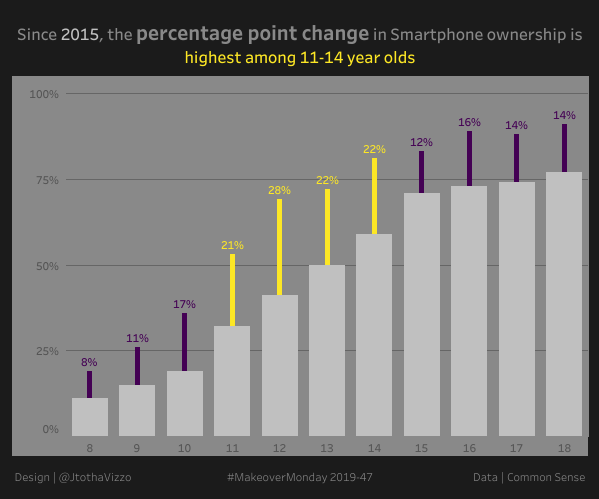 #Data19 has come and gone, but there are still seven weeks left of 2019, so it’s time to finish strong. This week’s #MakeoverMonday data set, ‘Smartphone Ownership Among Youth Is on the Rise,’ comes to us from Common Sense. Below is a look at the viz we made over this week.

What works with the original viz

What could be improved

Thank you for reading and have a wonderful day!